Afghanistan War Event “YOU ARE IN MEMORY AND MY HEART, AFGHANISTAN”

On February 15, 1989, the last Soviet soldiers and officers left Afghanistan. Thus ended the ten-year war, in which the Soviet Union lost over 15 thousand of its citizens. The day of the withdrawal of troops from Afghanistan is both a holiday of Afghan veterans and a day of memory and mourning for all the dead soldiers-internationalists.
An example of this is the corner in the museum of our college dedicated to the memory of Artur Yamilovich Mazukaev, who heroically died in Afghanistan in 1987, he was only 19 years old. He was a student at our college. At the request of the council and the administration of the college, the city onomastic commission decided to assign the name of Artur Mazukaev to the educational institution.
February 15, 2021 an event dedicated to the day of memory of Afghans on the theme: “You are in my memory and my heart, Afghanistan” was held in the KSOP “Shakhty College of Technology”. The event was held in the college museum and was demonstrated for students on the ZOOM platform. The teachers of the college – A.T. Akhmetov, S.V. Ptashinsky were responsible for the event. and Terlyuk N.I.
On February 16, an information and educational hour was held at the museum on the topic: “A short moment – a bright flash” for the SD – 20 group in the traditional format. Responsible for the event were T.I. Goryaynova. and Mashevskaya V.A. On this day, I would also like to congratulate our students on assigned tickets. This year 145 students of our college were awarded this title. Now you are our defenders and the future of our country. 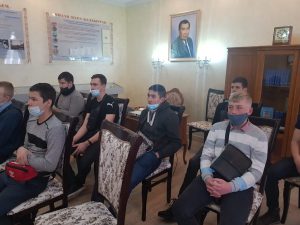 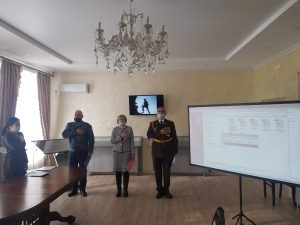 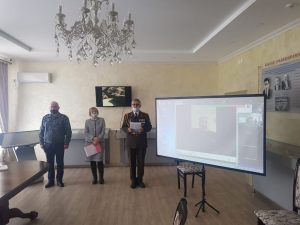